A species of creature never recorded in Britain before has been discovered in the heart of York.

The tiny leaf miner known as Phytomyza scotina, is normally found in Europe, from Germany to Russia. But during a survey looking for leaf miners in York Museum Gardens, expert Barry Warrington collected a number of unusual samples. He took a selection away for study and his research confirmed it was a British first.

Stuart Ogilvy, Assistant Curator of Natural sciences at York Museums Trust, said: “To some people the tiny leaf miners are best known for the patterns their larvae create when feeding in leaves.

“We have quite a few different species of them in York Museum Gardens but it is fantastic that Barry’s research has shown us that this includes a species unique to Britain. It again proves the diversity of life which is right here in the centre of York and how important these green spaces are for nature and also for us to enjoy.”

Since the Trust was established in 2002 the York Museum Trust’s Garden team have worked hard to make the space friendly to wildlife. In 2012 the Tansy Beetle, found only on a 30KM stretch of the River Ouse was reintroduced to the Gardens.

And in 2014 a nationally rare White Spotted Black Micro Moth never found before in Yorkshire was discovered. Other regular species seen include birds such as treecreepers, goldcrests and tawny owls as well as mammals such as hedgehogs, foxes and several species of bat.

The latest discovery was made in May last year. Barry was looking in the Butterfly Border when he noticed the unusual mines on a type of plant known as Salvia “May Night” from the Sage family.

The larvae he took home soon pupated and when the flies emerged he was able to identify them as Phytomyza scotina. He sent a male and female to a colleague in the Czech Republic who confirmed the findings. 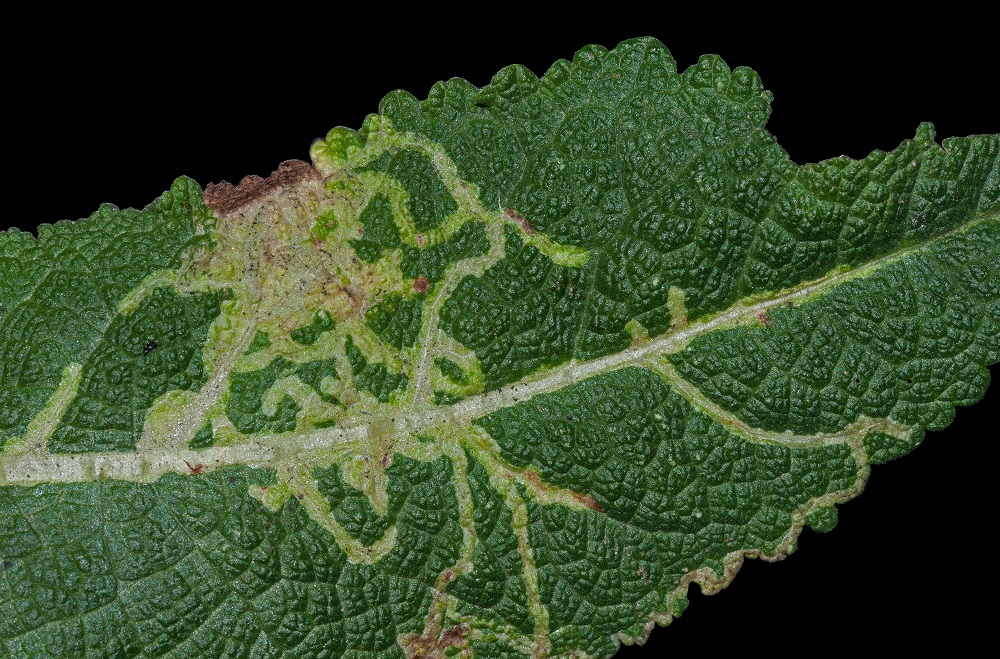 Like most leaf miners Phytomyza scotina larvae live inside leaves and create “mines” as they feed, like the ones above. These can be seen as winding corridors or blotches, but the tiny larvae are harder to spot. This species lives on Salvia plants and can be seen in May, June and July. The larvae then leave the leaf to pupate and emerge as small flies, with a wing span no bigger than 2mm.

This website was produced as part of a York Museums Trust project for YorNight, which is funded by the European Commission’s Research and Innovation Framework Programme H2020 (2014–2020) by the Marie Skłodowska-Curie actions. Directorate-General for Education and Culture. European Commission under Grant Agreement No. 633344.